The Line Up is as follows:
​

Winter Student Performance Group
The songs:  Sleep Walk & Rip It Up
The style:  Fast Swing & Rock n Roll
The Line Up is as follows:

Last Performance of 2013 on December 21st @ You Should Be Dancings Winter Bash
My partner (Ricardo Torres) & I perform a V. Waltz/Waltz piece to the Blue Danube
Photos by Marc Fiaux.

Yellow Track Performance on July 3rd after 3 hours of class and lots of rehearsal in groups and on our own.  Choreography by Laura & Mike from Austin, TX 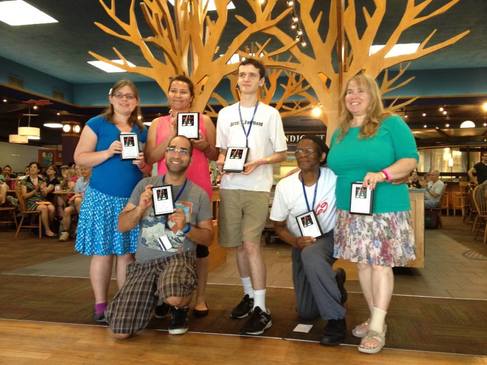 Robin Cohen was one of my students over at Sandra Cameron Dance Center. She has a wonderful positive attitude about dancing... do your best and have fun! CONGRATULATIONS Robin! 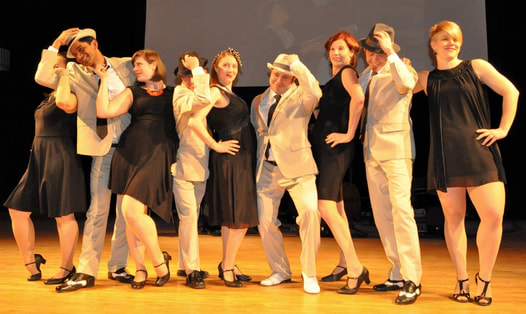 NYISC September 2012 - Salsa Challenge
​Note: Last year that I did the Salsa Congress/Challenges